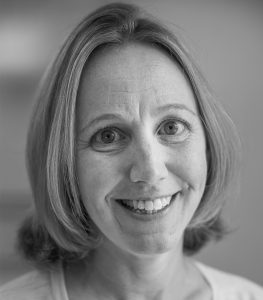 Mrs. Katie received her early dance training in the Atlanta area at both the Tolbert Yilmaz School of Dance and the Ruth Mitchell Dance Theatre. She attended Northside High School for the Performing Arts in Atlanta, where she performed internationally as a member of Atlanta’s Showbiz Kids. Additional training was completed at the North Carolina School of the Arts and the Philadelphia School of the Arts.

She has appeared in television commercial spots and was a performer in the Opening Ceremonies of the Atlanta Olympics in 1996. Other professional dance experience credits include the Ruth Mitchell Dance Theatre and the Phoenix Dance Theatre. Mrs. Katie has enjoyed sharing her love of dance with students at several area dance schools and has served as the Assistant Artistic Director of the Academy of Dance Arts in Canton from 2000 to 2004. She joined the faculty at Georgia Dance Conservatory in 2003. Mrs. Katie lives with her husband and three young children in the Atlanta area.