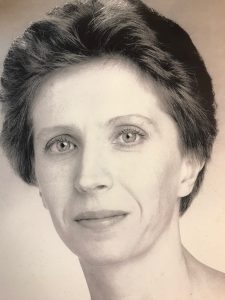 Marina began her dance training at the USSR State Folk and Character Dance Academy in Russia. She went on to apprentice with the Bolshoi Ballet for two years. Marina then performed with Beroizka State Academic Choreographic Ensemble for 20 years, where she not only toured 30 different countries, but also was the Rehearsal Assistant for new company members as well as a classical ballet teacher in the Vagonova technique. She later helped found the Diagilev Center Ballet School in Moscow as the Ballet Mistress in 1990.

In 1992, Marina moved to the United States and began working with the Georgia Ballet as Rehearsal Director and Assistant to the Artistic Director. Since then, she has taught and directed with several different programs including: Atlanta Ballet, Impact Dance of Atlanta, Studio D. School of Dance, Clemson University, Michigan State University, Governor’s Honors Program, Governor’s School for Arts & Humanities in South Carolina, and many more.

Today, Marina is the Ballet Director of the British Academy of Performing Arts and in her fifth consecutive year as a ballet and pointe instructor at Georgia Dance Conservatory.